I first contacted Sarah one week after rescuing a four year old Yorkie cross female called Tosh who was such a nervous little soul that she was scared of her own shadow. It became evident after the initial couple of days that she just could not be left alone for even a few minutes. Just going outside to the dustbin triggered a shocking response of howling and yelping. It was very upsetting for her and us and we really felt completely out of our depth with such issues that we had never experienced with our previous girl.

Sarah visited almost immediately as she appreciated the urgency of our little girls needs and she instantly identified how unhappy and tired Tosh was which was down to her inability to switch off and sleep soundly.

Separation anxiety was diagnosed and Sarah explained that it was imperative, in the first instance, for her to have a small area within the home for her to feel secure and safe in. It was determined that our under stairs cupboard would be the perfect place. After spending two weeks kitting it out for her with a light, camera and gate, the sympathetic introduction began under Sarah’s direction. It was never going to be an overnight fix which we were fully aware of and eager to tackle and we agreed that it would also be beneficial to run some full day sessions with Sarah and her team alongside the “den” training as Tosh’s second issue was a lack of socialisation resulting in an uncontrollable response including flailing about on her lead and yelping (Sarah called it her Pterodactyl call) when meeting another dog.

Yet here we are only four months down the line and the improvement is unbelievable. She is sleeping more soundly, appears so much happier and we have reached the stage of being able to leave her indoors for short periods with no reactions. Having the benefit of the camera allows us to keep a regular eye on her and listen in to see if she is howling or yelping. So far so good and today I left her for 90minutes for the very first time and she remained settled for the whole duration. I was euphoric and I truly feel that we have now got the separation anxiety reasonably managed though we will maintain the regular daily training in order to reinforce the “happy place” that her den has become and must continue to be.

She has also begun to voluntarily enter the den and settle when day to day noises in the house, like a tap being turned on or the tin foil being ripped off the roll, upset her.

We are absolutely thrilled with the results achieved so far and could never have reached this stage without Sarah’s expertise. We are now working towards getting Tosh on the school bus once a week to continue with frequent socialisation and we are also attending Sarah’s Saturday morning classes which are benefitting Tosh and my own confidence tremendously by forming the necessary bond between us. We always wanted to give this little girl the chance that she deserved after having such a bad start in life having had three different owners and being left for ten hours a day in a back garden for almost a year and I don’t think she could get a better chance than having Sarah overseeing all her training.

In our view Sarah is simply the best and we can’t thank her enough. 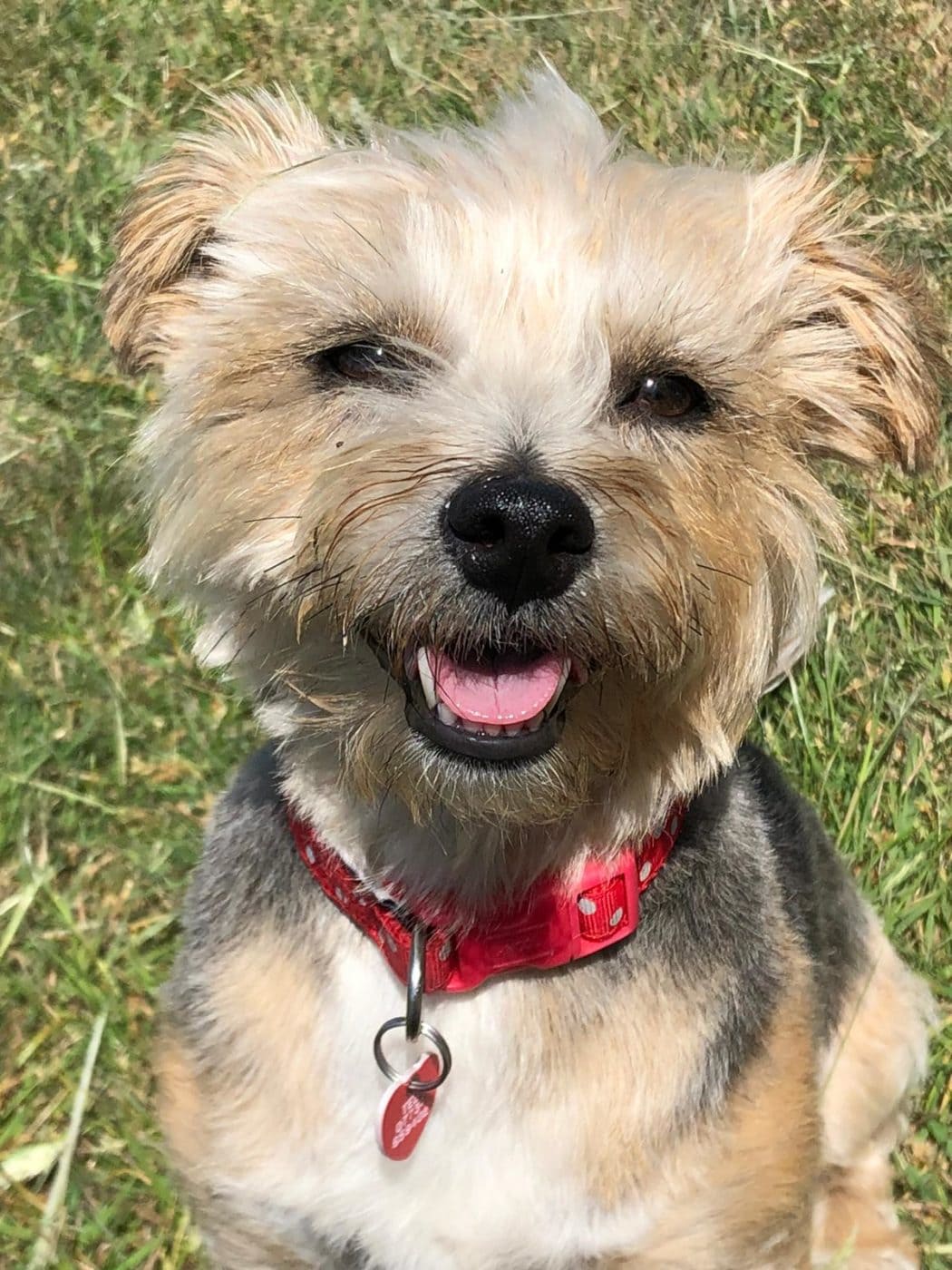